There has been a settlement here since at least Saxon times. The name Aylton is derived from name of the Anglo Saxon female leader of the settlement, Aethelgifu, and is therefore a rare survivor of its gender from that time. In the Domesday Book it is referred to simply as “Marcle” so at that time the parish may have been the “middle” Marcle between Little Marcle and Much Marcle. It is only by a fortuitous manuscript note made in the margin of a 12th-century transcription that we are able to make the link to Aylton. From the Domesday book we learn that the parish was then held by Turstin Fitzrolf, and before the Norman Conquest was held by Turstig from Earl Harold.

Pixley is a village and civil parish in Herefordshire. England. The population of the civil parish at the 2011 census was 258.  The village consists of residential communities at Poolend and along the Putley road. There is a church, St Andrew’s, The Trumpet Pub, a thriving garage, tea rooms, a golf course complex and a farming community.  The surrounding lanes and land are peaceful and not heavily travelled by heavy goods vehicles, there are no industrial estates.  No Pixley family member currently lives in Pixley or Herefordshire. William Pixley left during the Catholic Emancipation. 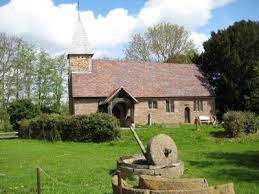 The tiny village of Munsley can be found up a very narrow lane some 4 miles from Ledbury. Local legend has it that Shakespeare’s Prince of Denmark is buried here. 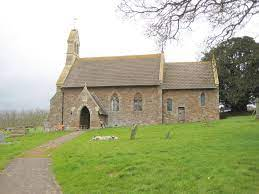 MARCLE, LITTLE, a parish, in the union of Ledbury, hundred of Radlow, county of Hereford, 3 miles (W. S. W.) from Ledbury.

Little Marcle is a village and civil parish in Herefordshire, neighbouring Ledbury.

Little Marcle St Michael and All Angels is an Ancient Parish in Herefordshire and part of the parish boundary forms part of the county boundary with Preston, Gloucestershire.

The Parish Church of St Michael and All Angels was consecrated in 1869 and replaced it’s predecessor about 50 yards away as a result of the patronage of  Rev John Jones who died in 1859 and former rector of the old church. 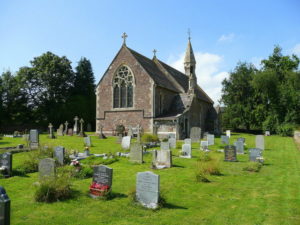 How we protect your data

You live locally? Want to know what’s going on? Subscribe and get updates. — Its FREE